There is nothing so quintesentially  British as a picnic…. Well actually no, belive it or not they origionated in France!

The term picnic originated in 17th Century France  from the word, picque-nique. Its meaning was similar to today’s meaning: a social gathering where each attendee brings a share of the food. The entemology of the word comes from the French piquer which may have referred to a leisurely style of eating (“pick at your food”). The nique was probably a silly rhyming compound (as in English words like hoity-toity), but may have referred to an obsolete word meaning “a trifle.” The literal meaning of picque-nique, which became our picnic, is “each pick a bit.”

We do not see mention of picnics in the English language until the beggining of the 18th century however, once arriving on British shores,  this is when they really started to come into their own and develop into the fabulous alfresco dining experience we know and love today. A favourite pastime of the aristocracy, back then they were enshrined as purely indoor affairs, held at home or in hired rooms. Much like other  features of salon life, they were associated with conversation and wit – and, as such, were often seen as a chance to show off ones intellectual refinement aswell as the culinary expertise of ones chef!

Today the word picnic is evocative of a meal taken outdoors, often as part of an excursion, ideally in scenic surroundings such as a park or lakeside. Sometimes eaten in conjunction with a public event such as  an open-air theatre performance, picnics are usually a summer pastime and food is best served in individual, bitesized portions.

Obviously here at Partisan we think the ultimate picnic contains cheese, cheese and more cheese! Our own pre made picnics contain four delicious portions of fromage, a selection of tasty British charcuterie, some beautiful vine ripened tomatoes and a decadent, sticky fig chutney. And of course we musn’t forget the pork pie and chocolate brownies! We get our pies from Jakes Artisan Food in Hampshire and they really are a cut above anything else. Made with free range, rare breed pork, the succulent chunks of pulled meat are encased in a deliciously crispy  hot-water crust.

What Makes A Great Picnic

Maybe its because we want to make the most of it when the sun finally shows us some love, but us Brits really do seem to have the best Picnic fare!

Think pork pies, sausage rolls and scotch eggs. Anything thats encased in pastry or breadcrumbs which afford some protection in transit is perfect for alfresco dining.

We think olives, pork scratchings and crisps are the perfect accompaniment and are also east to transport.

Our Partisan picnics contain 4 different types of cheese and three types of charcuterie. You want to excite the tastebuds and variety is the spice of life!

we try to go for one hard, one soft, one blue and one goat cheese so that you get complimentary flavours and textures.

Get Your picnic here

Nobody enjoys a soggy, squished sandwich so we advocate transporting the individual ingredients and building your bread tower just before you want to eat it. It can be really fun to take some pre sliced sour dough and pile it high with different combinations of yummy, artisan goodness.

My personal favorite is Brillat Savarin topped with onion chutney and a slice of coppa ham. We also love goats cheese and fig or a classic cheddar and pickled onion!

Get Your truffled tunworth kit here

I heard it on

Never miss another blog post again! Sign up to stay up to date with all our latest news, reviews and offers we have here at Partisan Deli. 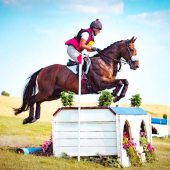